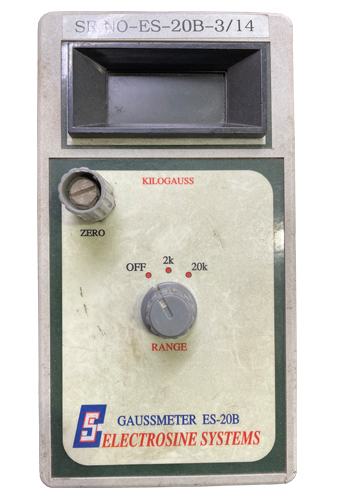 We are Manufacturer, Supplier, Exporter of Digital Gauss Meters, Magnetic Equipments and our set up is situated in Pune, Maharashtra, India. A gauss meter is a modern version of Gauss' magnometer. It consists of a gauss probe, the meter itself and a cable to connect them, and it works because of the Hall effect, which was discovered by Edwin Hall in 1879. It can measure both the intensity and direction of a magnetic field.

You use a gauss meter to measure relatively small magnetic fields. When you need to measure large ones, you use a tesla meter, which is basically the same thing, but graduated in the larger tesla units.